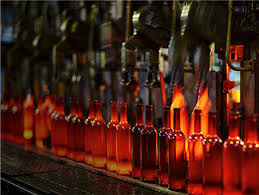 Western NIS Enterprise Fund announced today that it has reached an agreement to sell, alongside other shareholders, its stake in Moldova-based Glass Container Company and Glass Container Prim (the “Glass Container Companies”, “GCC”) to Vetropack Austria Holding AG, a subsidiary of Vetropack Holding SA (SWX:VET). Vetropack is a leading Swiss player in the European glass packaging industry with 2019 annual turnover of CHF 714.9 million, and subsidiaries in Switzerland, Austria, Czech Republic, Slovakia, Croatia, Ukraine and Italy.

This transaction has been led by Horizon Capital, a leading regional private equity firm with over $850 million under management, including managing the investment portfolio of Western NIS Enterprise Fund, an investment vehicle established by the U.S. government via the U.S. Agency for International Development (USAID) to foster the growth of small and medium businesses in Moldova and Ukraine. The transaction is subject to customary regulatory approvals.

“With this acquisition, we continue to expand in a region with which we are very familiar – a region where we have almost three decades of glass making experience”, states Johann Reiter, CEO of the Vetropack Group. “Vetropack’s unrivalled experience in the Central and Eastern Europe region makes it a natural choice to grow the existing Moldovan glassworks. Vetropack’s strategy has always been to integrate its acquisitions within the wider Vetropack Group yet preserve their local characteristics and identity.”

“Beyond financial returns alone, WNISEF’s mandate is to promote the sustainable development of Moldova’s private sector and local communities, thus we are delighted that Glass Container Companies will be acquired by Vetropack, a strategic investor and one of the most respected names in the global glassworks business. Vetropack’s investment is a testament to the soundness of GCC’s strategy and its impressive performance, as well as the strength of its management, who will continue to expand the tradition of Moldovan glassmaking under new ownership.” – added Jaroslawa Z. Johnson, WNISEF President and Chief Executive Officer.

Western NIS Enterprise Fund (WNISEF) is a $150 million regional fund, a pioneer in Ukraine and Moldova with over 25 years of successful experience in investing in small and medium-sized companies. WNISEF was funded by the U.S. government via the U.S. Agency for International Development (USAID). Since its inception, WNISEF’s cumulative investments total over $186 million to 130 companies employing 26,000 people and made it possible to unlock $1.85 billion for companies in Ukraine and Moldova.