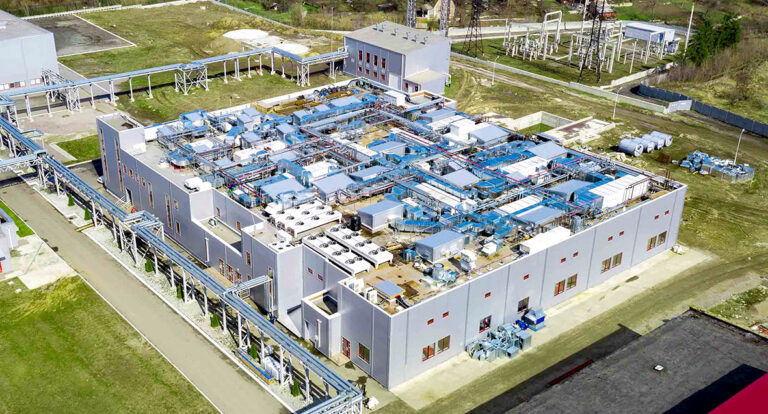 Biopharma, a top-ten pharmaceutical producer in Ukraine specializing in plasma-based, recombinant and other drugs, has officially opened its innovative fractionator in Bila Tserkva (Kyiv region), the only biopharmaceutical plant of its kind in Eastern Europe and the near region. There are no plasma fractionation plants in any neighboring countries – the closest are in Austria, South Africa and China.  This unique plasma fractionation technology enables the plasma component of human blood to be processed to extract life-saving drugs, requires advanced research and development, GMP-certified equipment and facilities, and investments exceeding $75 million.

“September 20 will become a new page in the modern scientific and industrial history of Ukraine, as not just a new production facility was launched, – a new science-based industry was launched based on high technologies. This puts Ukraine on par with countries such as the USA, Austria, Germany and allows Ukraine to enter the world market with medicines, the production of which requires its own R&D base, high culture of production, development of donor infrastructure according with the highest standards. Today, Ukraine has proved that it is capable of that!” – Kostyantyn Efymenko, president of Biopharma group of companies emphasized.

Biopharma’s new facility is the first and only plasma fractionation plant in Ukraine that will have the capacity to process up to one million liters of plasma per year. This will fully meet the country’s internal needs for plasma-based drugs, which is an important element of national security of Ukraine. By replacing imported drugs with high-quality Ukraine-processed plasma products, Biopharma estimates that the country will save up to $100 million per year. In addition, the launch of the new plant will allow Biopharma to double the significant amount of local and state taxes paid, making the сompany the largest taxpayer in Bila Tserkva, contributing more than all local businesses combined.

“We believe in the high potential of Ukraine and its pharmaceutical industry in particular. Together with our partners, we haven’t stopped investing and, in the difficult times of the new history, continued to systematically develop the company. I am proud that Biopharma has mastered the advanced and very sophisticated technology that is available in few countries in the world. This is why we’ll be able to compete not only on the local market, but also on the global one”, – Vasyl Khmelnytsky, founder of UFuture, said.

Lenna Koszarny, Founding Partner and CEO, Horizon Capital, added: “Horizon Capital’s EEGF II Fund and Dutch development finance bank FMO invested in Biopharma in 2012 to address the serious issue of 120 tons of plasma thrown out each year not processed into life-saving drugs, because a plant like this did not exist in Ukraine.  We were attracted by the vision of operating shareholder Kostyantyn Efymenko and through his leadership and commitment as well as the dedication of the Company’s committed shareholders and excellent management team, this vision has become a reality.  In June 2015, Biopharma launched a state-of-the art greenfield non-plasma plant, and today, we are proud to launch the most modern plasma fractionation plant in Central and Eastern Europe and contribute to Biopharma’s success”.

The new plant is equipped with modern machinery produced by the world-known manufacturers such as Stilmas, Olsa, GEA Westfalia, General Electric healthcare, Pall, Steriline. It has three production lines for albumin, immunoglobulin and factor VIII drugs that are critical for victims of severe injuries and burns, for people fighting cancer, hemophilia, for pregnant women and other patients.

Linda Broekhuizen, Chief Investment Officer of FMO, says: “FMO congratulates the shareholders and management of Biopharma with the launch of the new fractionator plant. A great milestone that underlines the company’s entrepreneurial drive and commitment to investing in growth, even though the Ukrainian economy has undergone tremendous challenges. This state-of-the-art facility provides jobs and reduces dependence from imports, both healthy ingredients to further economic growth.”

The opening ceremony was attended by Minister of Health of Ukraine Zoryana Skaletska, Head of the Verkhovna Rada Committee for Health, Medical Help and Medical Insurance Mykhailo Radutskyi and more than 1,000 guests, including government representatives, medical professionals, the business community from Ukraine and from over 20 countries.

Biopharma is a Ukrainian immunobiological pharmaceutical company that develops and manufactures drugs based on human blood, recombinant drugs, probiotics based on spore-forming bacteria and traditional drugs. The company produces about 20 million packages of drugs per year. The number of employees – more than 500 people. The company exports drugs to 36 countries. At least 4 times a year, Biopharma is a subject to quality review by foreign and Ukrainian auditors.

UFuture is a holding company of Ukrainian entrepreneur Vasyl Khmelnytsky that integrates his business and impact-investment projects.  The Company has a diversified portfolio of assets in real estate, industry, infrastructure, renewable energy, pharmaceuticals, and IT.  As of today, UFuture’s assets are estimated at $550 million with total capitalization of the businesses invested in exceeding $1 billion.

Horizon Capital is the leading private equity firm in Ukraine, backed by over 40 institutional investors in four funds with over $850 million in assets under management. Its Ukraine-focused funds have invested over $700 million in 140 companies employing over 52,000 people in Ukraine and neighboring countries.  Horizon Capital is a value-added investor, backing visionary entrepreneurs leading transformational businesses in Ukraine and the near region.

FMO is the Dutch entrepreneurial development bank. As a leading impact investor, FMO supports sustainable private sector growth in developing countries and emerging markets by investing in ambitious projects and entrepreneurs. FMO believes that a strong private sector leads to economic and social development and has a close to 50-year proven track-record of empowering people to employ their skills and improve their quality of life. FMO focuses on three sectors that have high development impact: financial institutions, energy, and agribusiness, food & water. With a committed portfolio of EUR 9.7 billion spanning over 85 countries, FMO is one of the larger bilateral private sector developments banks globally.